GROW
And whose hands first painted
this pool blue,
before a walled camp sprouted stacks
of metal shipping-container barracks
among the porches and grape vines
of Kabul's well-to-do,
And who imagined here
was where you would feed the
oblivious goldfish one
final time
with a smile as you walked past
flak-vested,
calm.

And is this the very same bottle of add zest
Heinz 57 sauce
you seasoned your grilled chicken with
under this sudden-colored umbrella,
and where now are the leaves
that floated in the pool then,
having lived their short lives
to fall from the branches and dance
with the suds and shadows till
they were scooped out to curl
into the forgottenness of feeding
other growing things,
pulling them to life from the soil where
their delicate veins became running trails
for the ants until disintegration?

Your going was less gentle than theirs -
but who knows
what the seed of your gift
will grow?

(This was posted by one Farzana Marie on facebook.
Don't know if she was the author.) 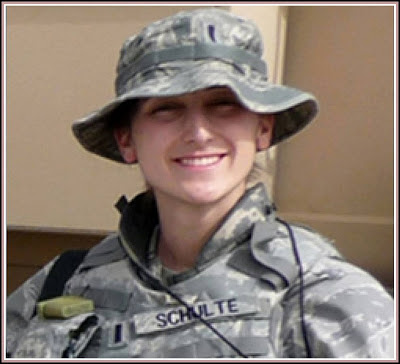 An Unknown Soldier
Back when I was a boy, a favorite game to play
was "Army." We'd all gather our personal armory
of cap guns and "dirt bombs," then we'd toss
a coin to see which side we'd be on ...
Heads - Allies, Tails - Axis.
Everyone wanted to be an Ally ... cause the Axis
not only lost the real war but were evil personified.
(The "real war," being WWII.)
We wore whatever bits of child uniforms that were sold
in the toy stores ... cheap cotton replicas of pistol belts,
pouches, packs ... plastic helmets. We'd even go so far
as burning cork to use to blacken our faces ...
just as the commandos in the movies did.
One day, when I was 11 or 12, my Dad took me with him to
Philadelphia on a Saturday afternoon. Walking to a business
appointment, we passed an Amy/Navy Surplus store. The first
I'd ever seen. After the appointment we stopped in the store.
I was amazed! Never had I seen such an abundance of military
uniforms and hardware. Dad wandered around while I was focused
on the helmet liner bin. My thinking was that if I could get
my hands on a real U.S. Army helmet liner (They just looked so
keen!) I'd never have to be a German or a Jap again. I mean,
the helmet liner looked just like the distinctive American
helmet. No way could I ever be forced to play at being the
enemy again. My father came up behind me just as I picked out
a liner with two holes punched through it ... front to rear.
I held it out to him and said, "Hey Dad, look at this. Somebody
got shot in the head, neat! He took the liner from me, stared
at it for a moment, then placed it on a shelf high up, out of
the way. His face wore a mask of sadness ... almost grim.
He picked out an undamaged helmet liner, took my arm and we went
to the register to pay. It took me a good many years to figure
out why he reacted the way he did that afternoon. Now I know.
Enjoy the holiday but ...
don't forget the reason for it.