IRENE!
It's 6:40 P.M. and Irene is moving north.
It's now located near Norfolk, VA.
I've done what I can to clear the decks for the coming assault.
Everything is either stored under the back deck,
moved close in beside the house or placed in the shed.
We've eaten the last of the frozen food... so if (when) power
goes out, we won't lose much.
The lanterns have fresh batteries,
ditto for the portable radio.
The camping stove is ready to go.
Water jugs are filled (the tub too).
Both cars have full gas tanks.
I've 2 bottles of wine to help me through this.
Ready to rock!
... Just hope no trees fall on the house.

-Fini
Posted by snuffyny at 5:53 PM No comments:

Watching football.
Chicago at NY Giants.
I like football and am happy to have the new season arrive.
BUT... I've never understood the pre-season game syndrome.
Why risk a star (read: expensive) player being hurt, and out for the season,
for a game that means NOTHING?
The TV networks must be having some influence here.
I believe that it's the same thing that influenced the decision to move the Pro Bowl...
why move it from post Super Bowl play to pre Super Bowl?
Methinks that TV needed something to fill the blank space in
their programming schedule during the two week football hiatus...
and pressure was brought to bear (not to mention the money).

PS: All I can say is,  I'm gonna be pissed if Eli Manning gets hurt tonight.

More on writing:
Kurt Vonnegut, in an excellent and short essay on writing style.
He has seven rules:

1. Find a subject you care about.

Great rules for bloggers, obviously.
In fact, these are rules that seem to say:
"A great way to write is to blog."

Another Cold War vet on a return visit to Teufelsberg:

Sometimes I think that old haunts should remain locked in memory.
There are a bunch of places where I've been stationed, units that I've served in, that are no longer.

Fort Devens - Vicksburg Square, Revere Hall, The ASA Bookstore... more like a college campus than a U.S. Army Training Center. I enjoyed my time there.


The only military installation, where I've ever been stationed, that still remains is Fort Dix, NJ where I spent 8 weeks in Basic Training... and that place has been downgraded to a Reserve Training Facility.

It's 15 SEP 11 today...
And yet one more post is closed... Fort Monmouth, NJ lowered the colors for the last time today. Ft. Monmouth was the place where I retired from the National Guard back in 1994.

(What do you expect from a pig but a grunt?)


While channel-surfing this morning, I came upon "The Maury Povich Show."
The first thing that popped into my head was the English version of the quoted
Latin, above.

In 1967- 68, I was stationed at The 8th Radio Research Field Station,
(Trai Bac Station) located on Highway 1, Phu Bai, Vietnam (Republic Of).
We were co-located with HQ 3d MARDIV and across the road from the
Hue-Phu Bai Airport. 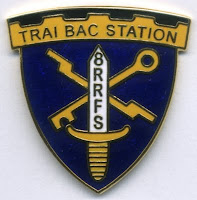 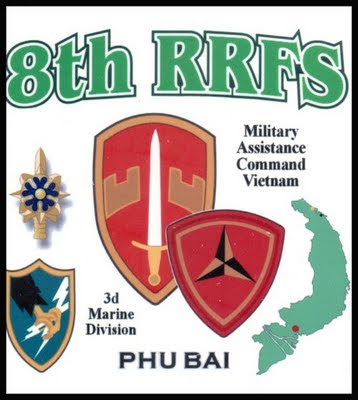 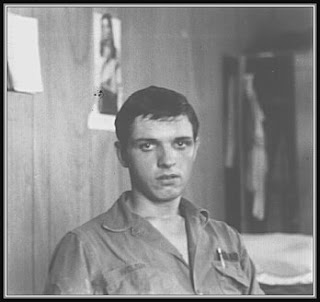 Red X: marks where my room was.
(There were 5 - 6 people to a room.)
Blue X: is the Operations Bldg., where I worked (Usually Swings).
Green X: marks Star Bunker 3, my Alert Station.
(I was an ammo bearer. We had the 3.5 in. rocket launcher [Bazooka]
and a whole conex container full of white phospherous rounds for it.
We were supposed to take out the MP's bunker, next to the main gate,
if it were to be overrun.)
Yellow X: is the Mess Hall (In today's Milspeak, the "Dining Facility.") 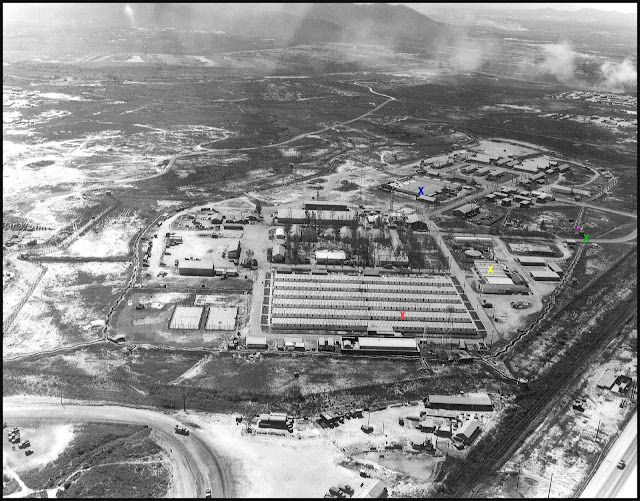 Taken from the novel, "A Letter Of Mary,"  by Laurie R. King:

"The hand of bone and sinew and flesh achieves it's immortality in taking up a pen.
The hand on a page wields a greater power than the fleshly hand ever could in life."

-Fini
Posted by snuffyny at 6:36 PM No comments:

Am now back to being a drummer.
I auditioned this past Thursday to play
with a small jazz group, "Art Song Jazz."
They've been playing, and doing well,
as a trio... Vocalist, keyboard, sax...
but have decided to expand slightly,
adding percussion and, maybe, a bass.
I plan to play using my snare and hi-hats,
along with an assortment of brushes, rods,
light drum sticks... maybe add a ride cymbal
somewhere down the road. They want to keep
the music light... I own a 18" Paiste flat ride
that would go nicely.

A sample recording of the trio from last year (sans drum):

September In The Rain

PS:
Dubbed in a drum track, me playing.

Summertime
Posted by snuffyny at 9:06 AM No comments:

"In a man's letters his soul lies naked."
-Samuel Johnson
-Fini
Posted by snuffyny at 7:09 PM No comments:

"....Glamour is a beautiful illusion -- the word "glamour" originally meant a literal magic spell -- that makes the ideal seem effortlessly attainable. Glamour hides difficulty and distractions, creating a false and enticing sense of grace. We see the dance, not the rehearsals; the beach resort, not the luggage and jet lag. There are no bills on the kitchen counter, no freckles on the pale-skinned star, no sacrifices in the promise of change."

It's Saturday.
As is usual, my wife has QVC going on all three TV sets.
Right now the clothes designer, Bob Mackie, is hawking his wares.
His work has been described as "wearable art."
I like him.
I like his clothes... on my wife.

My only knowledge of him, before QVC, came from a friend while in Berlin.
My then-wife's school friend, Penny Fuller, had come to perform at the 1983
German/American Volksfest. Penny had a one-woman cabaret act.
When we greeted her upon arrival, she gave me an ordinary plastic
shopping bag to carry. It seemed heavy for it's size. She warned me to be careful
with the bag, as it contained a couple of (borrowed) Bob Mackie beaded gowns
worth $10,000.

Mackie's current line of clothing carries a more reasonable price tag.
I wonder when he decided it made better business sense to sell many pieces
to ordinary people, for less money, than it was to sell exclusive pieces
to the wealthy for exorbitant prices.
(On thinking about this... I believe he probably, now, does both. He certainly
has the talent... and the business sense.)

-Fini
Posted by snuffyny at 1:39 PM No comments: