Random thoughts:
Having a pet while growing up leads to fond memories that can be revisited as we age. My family kept a dog and two cats (Plus, for a short time, two parakeets). Our house sported an enclosed front porch which connected to the living room via a door with multiple glass panes. (15, I think, in rows of three.) Someone accidentally kicked out the bottom left pane. My dad was slow to replace it. Over time, all three pets began using the, now-empty, space as a portal to the front porch. This gave our dog, Copper, access to the mail slot and allowed him to vent his distrust for the mailman and protect us from whatever it was that was being pushed through that little hole in the front door. Lost a bunch of government-issue refund checks to the dog's vigilence. (Do Not Fold, Spindle Or Mutilate) The front door, itself, was one large pane of glass and the cats used to enjoy sitting there and watching the outside world pass by . . . especially in winter.

Anyway, all three became used to passing through that open space on the door. Finally, my dad replaced the glass pane. (Am thinking it was over a year after it was broken.) On a day . . . both cats were feeling restless. They began wrestling and racing through the house. The older cat, a Siamese named Kismit, charged straight for the front porch . . . and ran, BANG!, right into the new glass pane. She sat, stunned, shaking her head. She, then, found a place on an easy chair and settled down to ponder life for awhile. I laughed. Kismit had always been a clown cat and was forever entertaining to live with. I told my dad what I'd seen. He immediately thought of the dog . . . said that a 25 pound dog was a whole lot different than a 7 pound cat. Told me to get a bar of soap and to mark up the new pane of glass so that Copper could see that it was no longer a passageway. Took about four weeks before they all stopped trying to pass through that space onto the front porch.

There are other memories . . .
one, in particular, of the younger cat, Teddy Bear, and a 34 pound
Thanksgiving turkey that was left, overnight, on the cold front porch
because there was no room in the fridge for it.
Stories for another day. 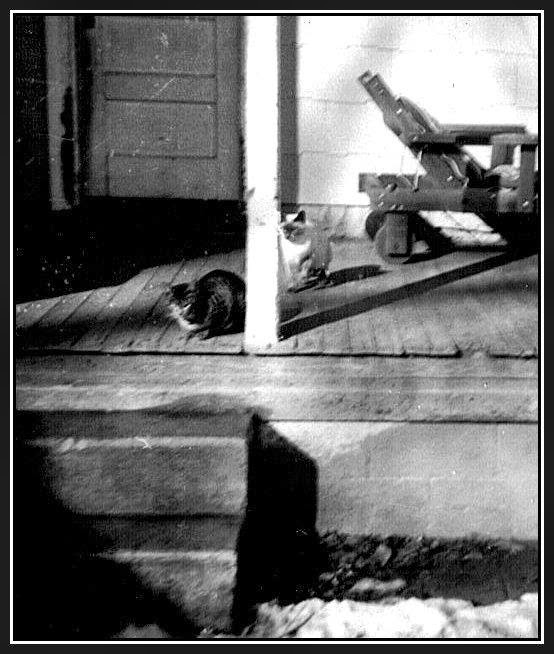 My mother and I, with our dog, Copper, and the two ill-fated parakeets 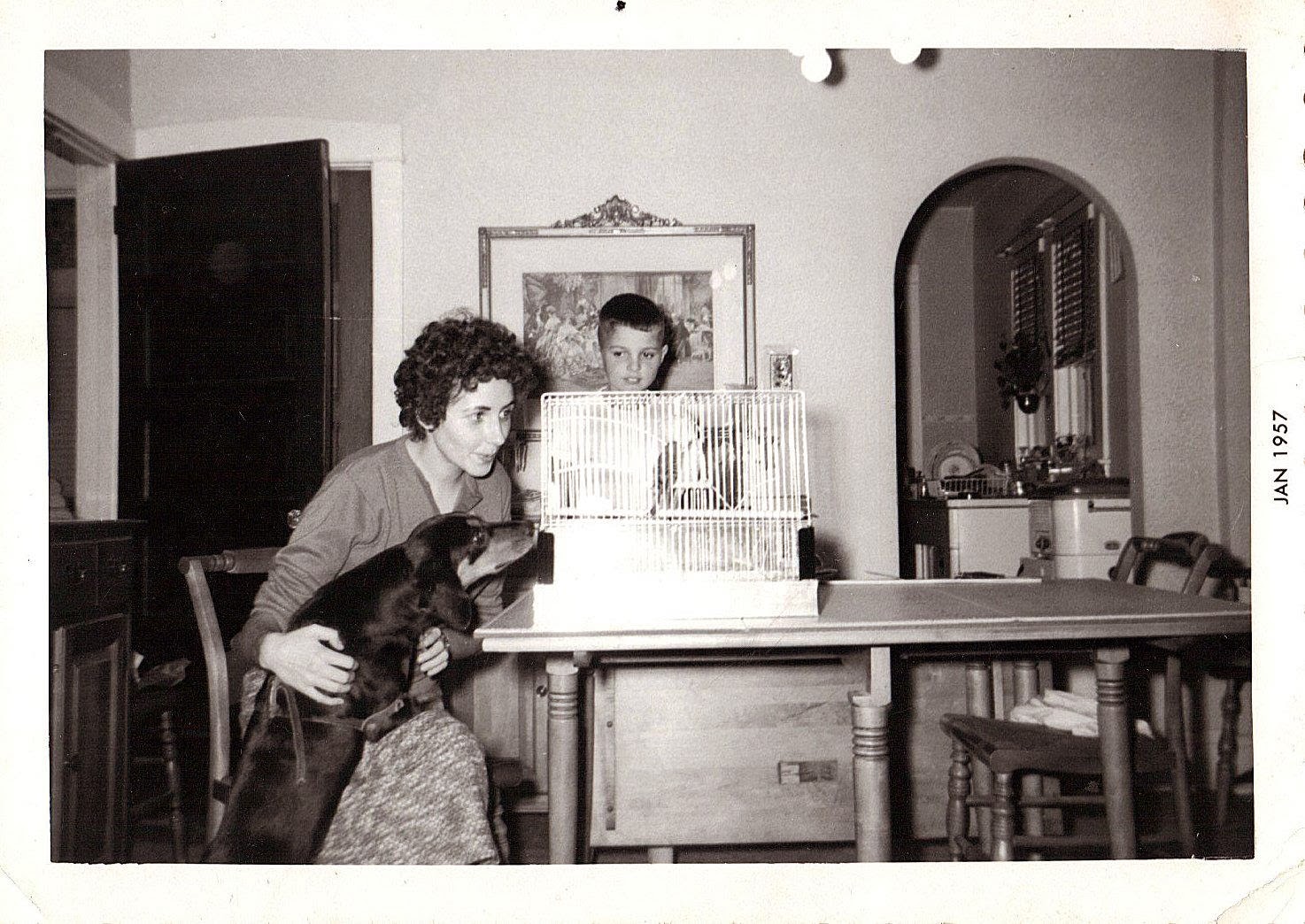