(A word ... my English professor at WCSU would give me a failing grade were he to read this narrative.  I switch tense in the middle and do not compensate ... but since this is more a "stream-of-consciousness" piece, I forgo the editing.)


An observed fact:
Stay put for any length of time and you will accumulate "stuff."
I arrived in Vietnam with a duffle bag and a gym bag as my luggage.
Contained in both was everything that I thought I'd need to last
me through the year of deployment.

One year later, when leaving the 8th, I carried my duffle bag, my gym bag and a B-4 bag ... packed full. (The B-4 was a double-sided, foldable, suit case with a compartment for carrying a suit/uniform without wrinkling it much. It had a large shoulder-strap too.) 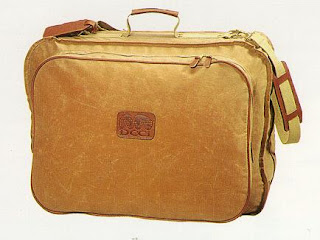 I departed Phu Bai on a USMC C-130.
Landed at Da Nang ... needed to transfer to a USAF bird for further transport to Saigon.
Trouble was ... the USAF occupied the other side of the air field.
I had to trek around the length of the runway, then back, to reach the air force terminal.
It was a hot day (Surprise!).
I was burdened with the three bags ... but managing ... sorta.
Along came a Marine Corps jeep, loaded with a USMC flight crew.
They allowed that even though I was naught but a Doggie, courtesy dictated that they offer me a ride ... but only if I could, first, sing the Marine Corps Hymn
... which I did,
... loudly!
I was hot and thirsty ... fast becoming tired and cranky. 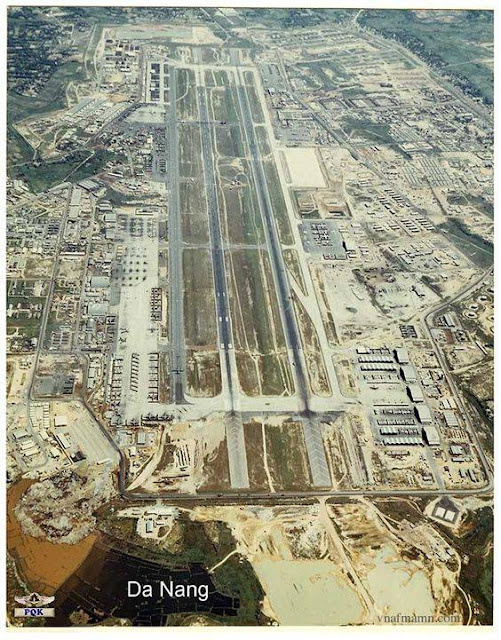 The air force got me down to Saigon in one piece and I checked in with the 509th RR Group.
I was quartered in the Saint George Hotel.
Showered, shaved, changed into my khakis and went exploring.
Felt strange (not to mention unsettling) to be walking around in a war zone unarmed. Missed the heft of my M-14. Can't remember just how long my stay at the Saint George was ... couple of days, maybe. Then, it was off to Bien Hoa Air Base for another day of waiting before my TWA 707 "Freedom Bird" arrived.


Me, at Bien Hoa Air Base 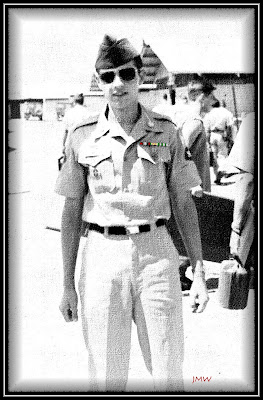 On the day, waiting on the tarmac, watching the aircraft taxi up to us ... excitement building ... the plane stops, boarding stairs are emplaced ... doors open ... couple hundred dour-faced GIs, in jungle fatigues, deplane and file past us.
We just watch ... silently.
They stare at us blankly.

I feel sorry for them but am almost shaking with excitement,
wanting to board the aircraft immediately.

Seen through the cockpit windows, the pilot is white-haired.

Stewardesses are middle-aged, peppy, smiling ...
ours wearing a vest with a million unit pins on it.
She's made this Vietnam run many times.
I ask her about the old man who's flying the plane.
She gives me one of those "Idiot child?" looks
and replies that he's not old, just more experienced.
"Now, please, take a seat."
I sit down and shut up.

Fully loaded, the plane sits immobile on the tarmac.
Thoughts of VC mortars run through my mind.
This white and red bird makes a fine and fat target.
What's the hold-up?
We're fueling.
It's a long way home. 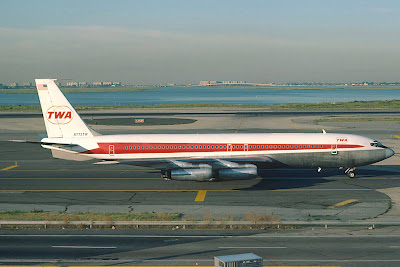 Finally, we move ... taxi to the end of the runway, engines spooling up.

We start the take-off roll.

Over the PA system, which has been spewing elevator music,
comes the 5th Dimension song, "Up, Up And Away."

That jet engine roar fills the cabin.
Acceleration pushes us into our seatbacks.

I look out the window.

The stewardess suddenly yells,
"What's with you guys?"
"You're going home!"
"Let's hear it!"

The cabin erupts with clapping, cheers and whistles.

PS:
All these years later, I hold no rancor for the NVA or the VC.
They were our enemies ... we were theirs.
We fought, no holds barred.
It was us who gave it up.
The only recollection that still rankles is of the Customs MPs at Bien Hoa. They unceremoniously dumped out my carefully packed baggage, rummaged through it ... and seemed to enjoy themselves at my expense. They confiscated my K-Bar knife. It had been my step-father's, carried by him through the battle of Okinawa and given to me for luck. When I explained this, the MPs just gave me that flat cop-stare and said that if it was stamped USMC it was government property, then turned and tossed it into a bin full of contraband.
An ignoble end for that sentiment and memory.

PPS:
ca. 1968 - A photo depicting what boarding a "Freedom Bird" looked like. 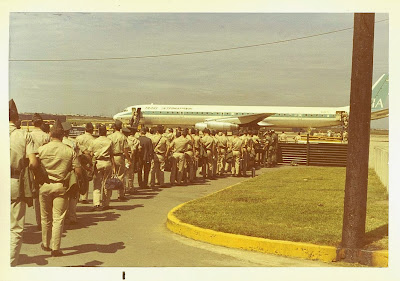 PPPS:
My family picked me up at the Philadelphia Airport. Met my 5 month old daughter for the fist time. My mother had organized a "Christmas Party" at the house. Friends and family. Lots of talk, lots of laughter. I was mute, mostly. I was of age . . . and drank my weight in cold beer. Found myself out back, at the picnic table, shirtless and shoeless, wondering how my friends at the 8th were doing.
It was hot. It was muggy. It was New Jersey in June . . . and I didn't feel civilized.
The only one who seemed to know anything about how I felt was my step-father, Don, who'd been a marine and fought in the battle of Okinawa. He kept a weather-eye on me.
I was home.
I was not home.
I didn't know . . . anything
any more.

(Now, decades later, I've decided that what had to be "was.")