War Story ...
Of another kind.

Years back, the mid '80s, we were at odds with Libya and the Red Army Faction. (That would be The Baader-Meinhoff Gang to the uninitiated.)
There were others too. It was the Cold War and the Soviets had a great deal of influence with societies who had no reason to love us.

After several bombings, in Berlin and elsewhere, we developed a strong sense of mistrust for all things unusual, out of place.

On this one normal weekday morning, my wife is leaving for work. I'm in the kitchen finishing my coffee. She leaves by the front door, then returns and informs me that there's a trash can on the sidewalk, directly in front of our front gate. I tell her to go on ... but to be sure not to touch the trash can ... that I'll be out shortly.

I walk outside, with my coffee in hand, inspect the can ... walk all around it. Our cars, with the distinctive American plates, had both been parked at the curb. My Beetle is still there. I form the opinion that if I were to build a bomb meant to kill a specific person, or persons, THIS is what I might come up with. It's a near perfect delivery vehicle. It's the official Berlin residential trash can, ubiquitous, made of a dark gray plastic, about 30 gal. in size, with a locking handle mechanism on it's top. The thing could be filled with C-4, then wired with a spring-activated contact switch set to go off if it were in any way disturbed ... then set directly in front of the local American's front garten gate ... begging to be picked up and moved.
A VC wet dream.

First, I called the Provost Marshall's Office. Reported on what I'd found. I was told that since it was so near to Tempelhof Central Airport,  it was a problem for the USAF Security Police.
Called the TCA Security Police ... was informed that since it was off base, it was a problem for the German Polizei.
Since my wife spoke excellent German, and mine was rudimentary, I telephoned her and had her call the local police to explain what we were dealing with.

I waited an hour and a half, guarding the trash can.
Finally! ... a green and white Volkswagen police van shows up, with two officers inside. They stop in the middle of the street, get out, walk over and asked me "Was ist los?" (What's going on?) I try explaining, with my basic German, until one cop gives me a disgusted look and walks over, picks up the can, sets it down on the curb. My heart about stops ... I fall flat onto the street behind the cops' van and stopped breathing. When nothing happens, I stand back up and give the cops a sheepish look. They seemed pissed ... but I don't much care. I KNEW what could have been ... knew that we would all be dead right now if I had been right. They seemed to have no concept of what it was that I'd been concerned about.

Bombs scared the crap out of me back then.
They still do today. 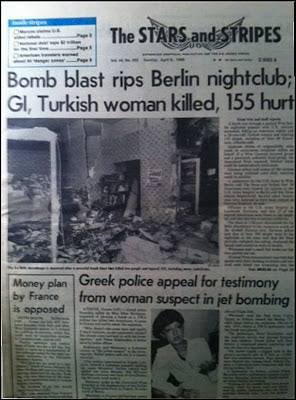 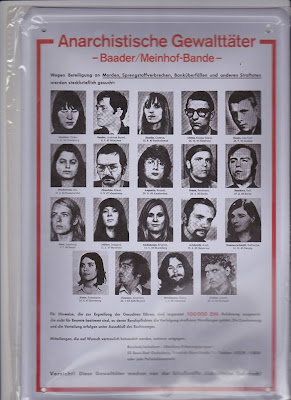